The original farm purchased by Dr Krauskopf, standing on the far left, was known as "Home Farm". The home is on the Bucks County Register of Historic Places. 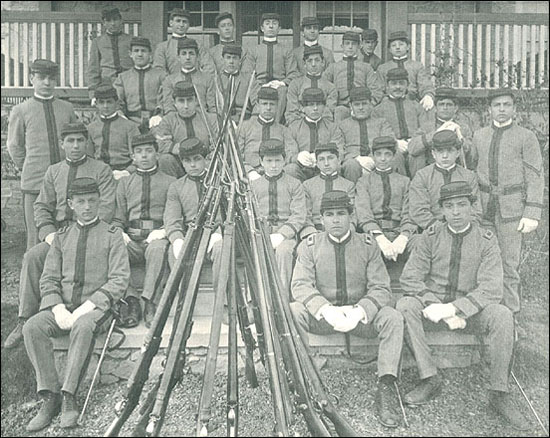 Students dressed in their uniforms pose on the front steps of Pioneer Hall in 1900. 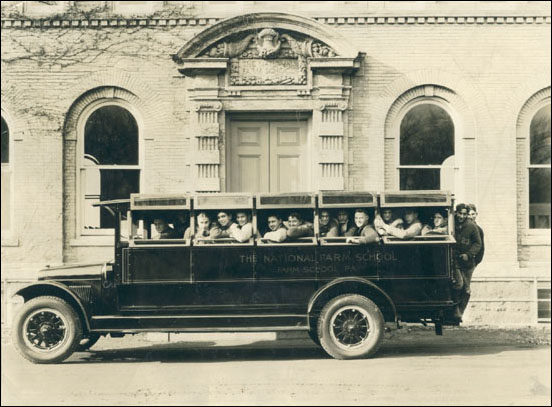 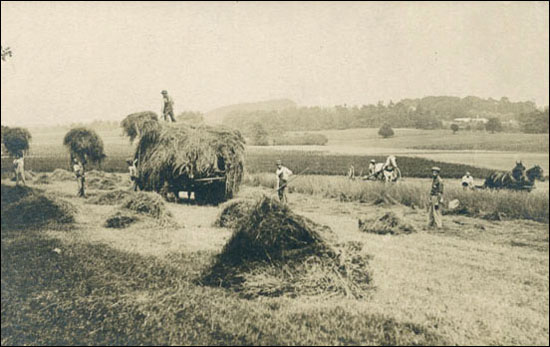 Students at work in the hay fields on Schoenfeld Memorial Farm no. three, 1911. 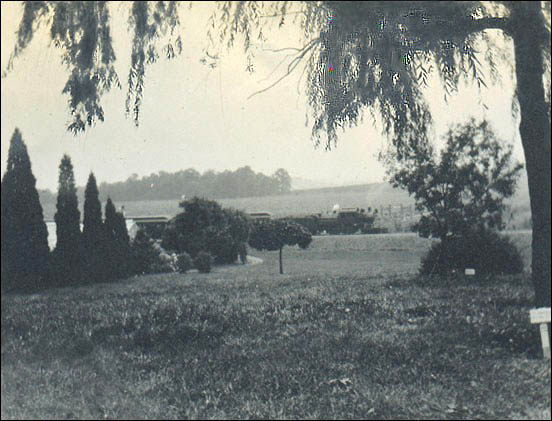 Looking down from Pioneer Hall to a steam locomotive passing in the background. 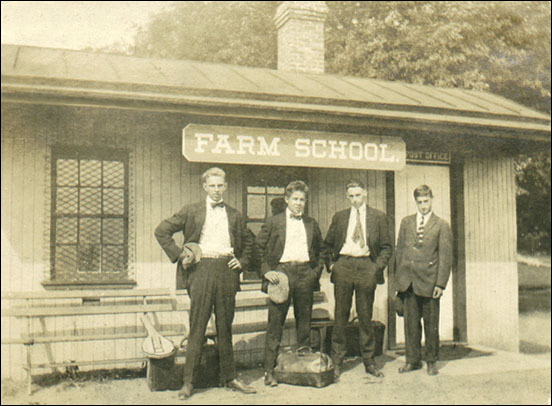 The boys awaiting the arrival of the train at the Farm School Station. 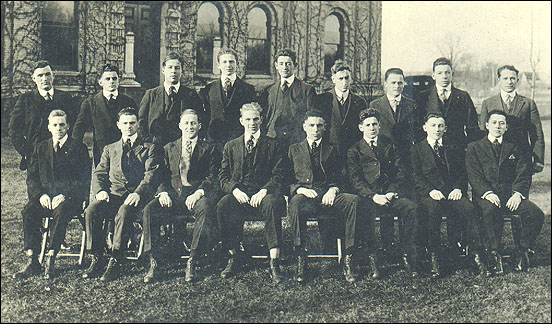 Part of the 1917 graduating class. 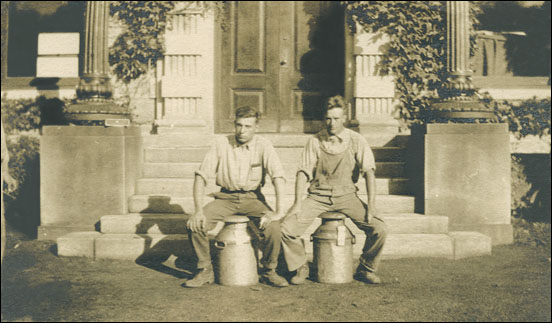 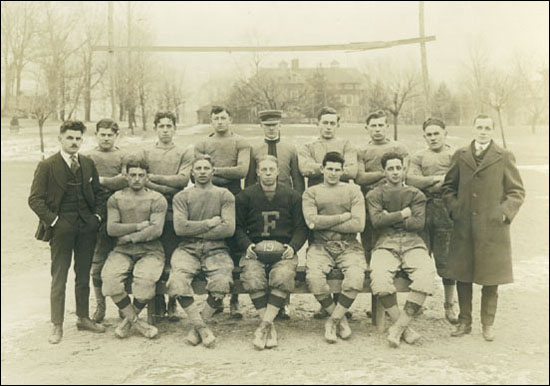 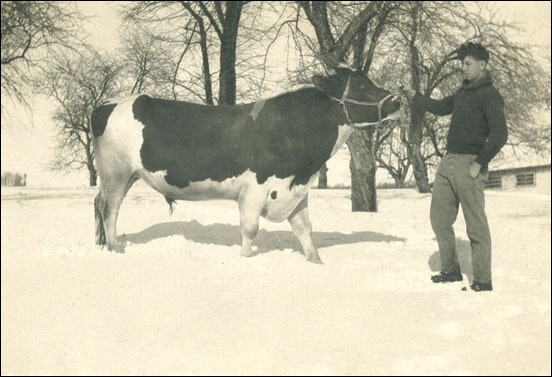 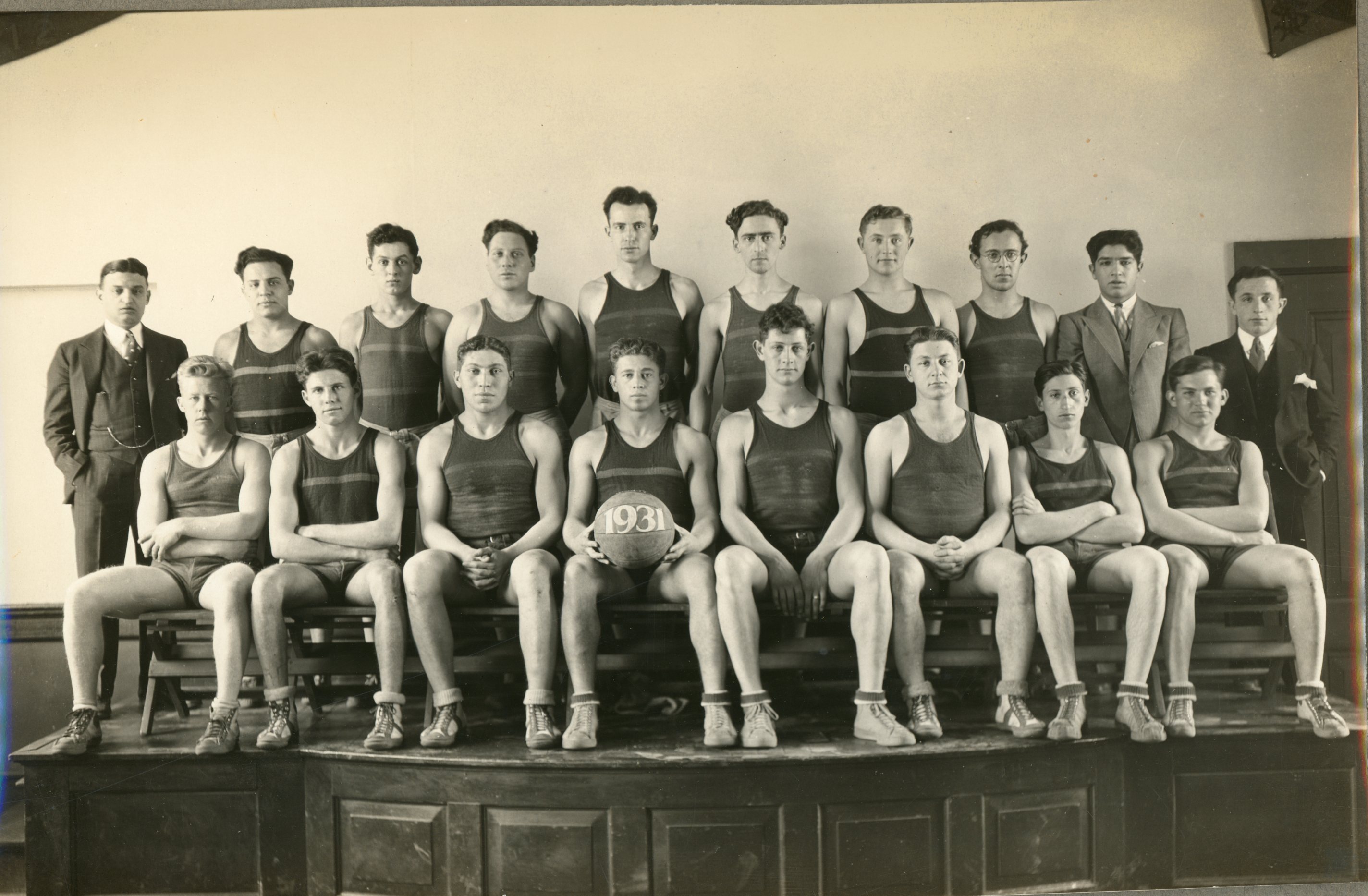 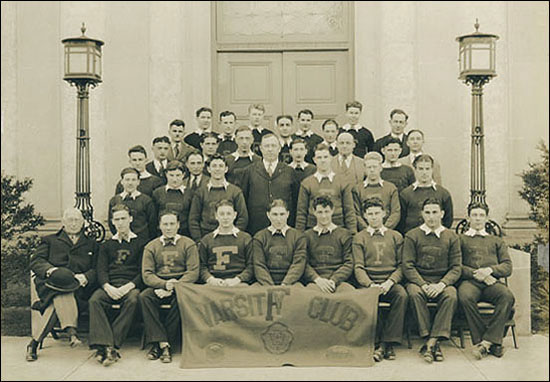 The Varsity Club was founded in 1925 to bring about understanding and friendships among lettermen and students. Members pose in front of Library. 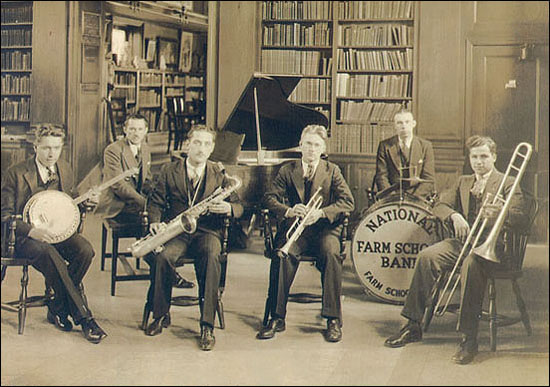 It wasn't 'all work and no play'. The "Harmonious Hayseeders", the farm school's amateur jazz band, could really make it swing. 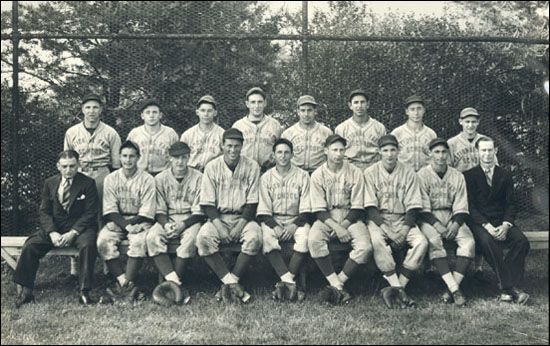 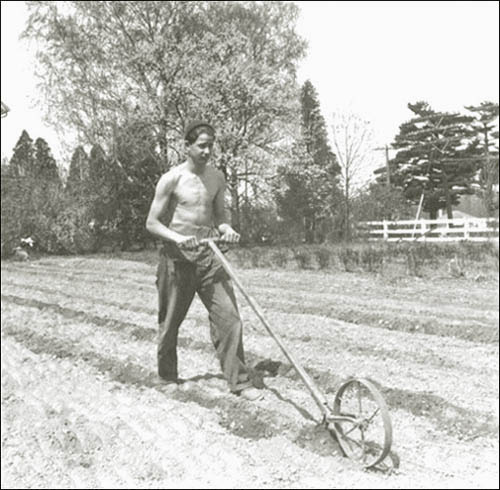 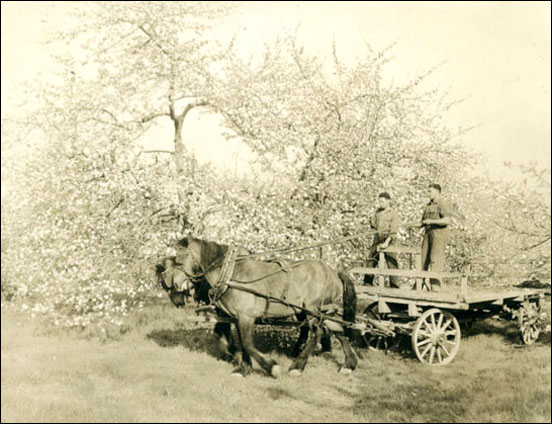 Senior students in horticulture drive through a blossoming orchard. 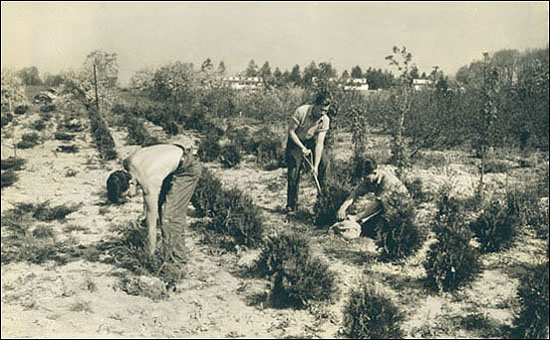 Working in the newly established nursery, 1943. 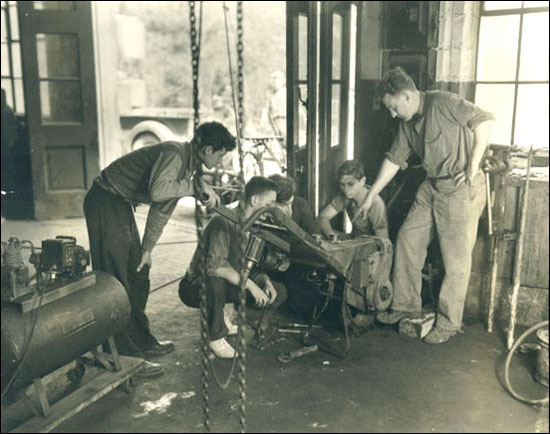 Welding and blacksmithing are taught in the Allman Building, 1943. 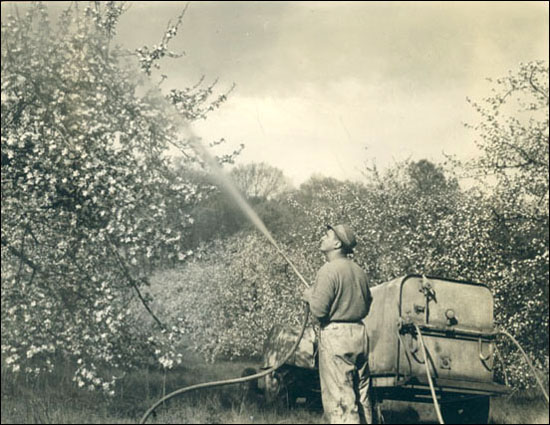 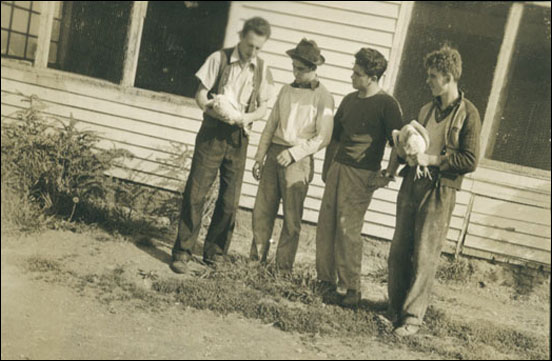 Poultry Husbandry was a popular major in the early years. 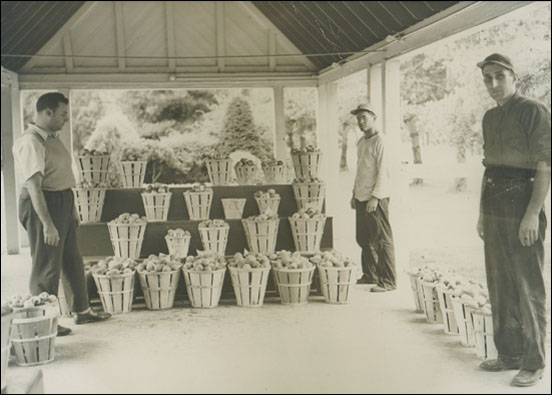 The Farm Market opened in 1932. Here it is in operation with a young Josh Feldstein on the right. 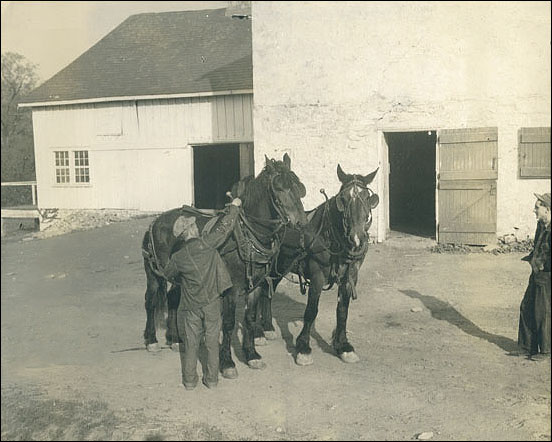 Harnessing a team of horses. 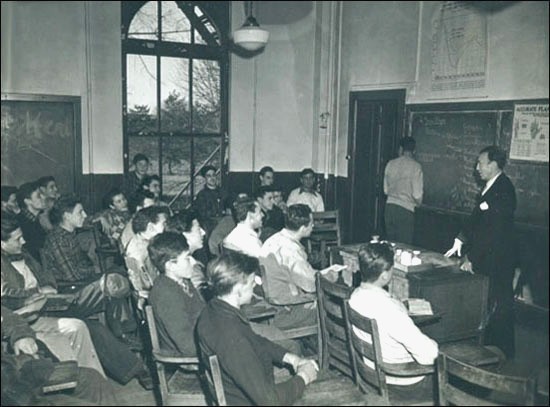 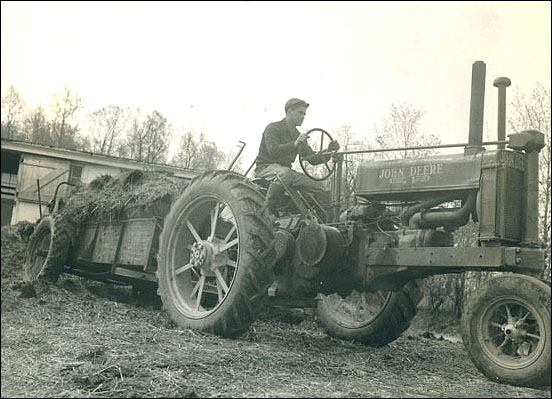 Spreading manure in the early 1940s.