In 1975 Dr. Joshua Feldstein was elected to the presidency of Delaware Valley College. Like James Work and Joseph Krauskopf before him, he was committed to the principle of learning combined with practical application.

Dr. Feldstein came to this country from Lithuania in 1939. He had graduated from the First Hebrew Private Gymnasium and was attending the School of Engineering of the University of Lithuania when his father, a highly regarded educator, made the decision to send him to America for a college education. It was advised that he spend a year in a small school where he would become acclimated to the American way of life more quickly than in a university where there would be large ethnic populations. Therefore, Joshua traveled alone from Lithuania to Doylestown, Pennsylvania, and began his days at the Farm School. 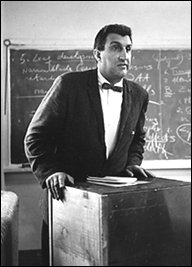 He intended to stay at the school for about a year and then enroll at the Massachusetts Institute of Technology to continue engineering studies. He received no news from home. Hitler had invaded Lithuania and Joshua did not learn of the death of his parents and older brother until after the war. He stayed at the Farm School, graduated with a major in Horticulture in 1942, and continued in a one-year postgraduate program in agricultural mechanics.

Dr. Feldstein continued working for his alma mater first as instructor, then as assistant professor, associate professor, professor, Chairman of the Horticulture Department, Chairman of the Plant Science Division, Associate Dean, then Dean of the college. In 1975 he was elected the college's president, a position he held from July 15, 1975 to June 30, 1987. At his retirement, he was made President Emeritus and a member of the Board of Trustees. He was called upon twice by the Board of Trustees to serve as interim president. 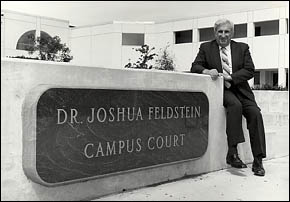 Among the notable accomplishments of Dr. Feldstein's presidency are: the addition of two academic majors (Agribusiness in 1983 and Computer Information Systems Management in 1984); reaffirming the college's accreditation in 1983; construction of the Student Center; construction of the James Work Memorial Stadium; improvements in computer facilities in the Feldman Building; the building of the Kenneth W. and Helen H. Gemmill Center for Animal Husbandry and the Sydney Markovitz Equine Facility; the addition of laboratory and classroom space to the greenhouse complex; and renovations to the Allman Building.

Dr. Feldstein met his wife, Miriam, on a blind date on the campus and the two lived on campus for more than forty-five years. Before his retirement the Board of Trustees decided that Dr. Feldstein, upon retirement, would be given the privilege of residing in one of the college's houses. Dr. and Mrs. Feldstein lived in the house on Farm #1.

There can be no doubt about Dr. Feldstein's devotion to Delaware Valley College. Students in the 1998 A-Day program, one of several dedicated to him, lauded "His boundless caring for DVC" and his "exuberance for all things green and gold".

More about Dr. Feldstein may be found in his book, Evolution of a Unique Institution, published in 2000 by PTGraphics, Inc. 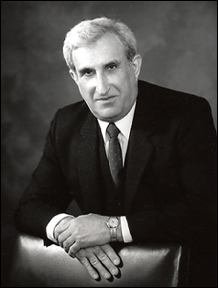