Wildlife issues influence many sectors. You will likely find articles in databases which don't focus solely or primarily on animals and conservation.

Find 3 scientific articles which discuss your legal issue by thinking about what sector would be influenced or interested in this legislation.

For example, public animals on private lands would be of interest to hunters as well as farmers. Therefore, wildlife conservation and agricultural resources would be a good place to start.

For this class, you will be researching a wildlife issue of your choice. There is no date range limit for this articles, but more recent is always better.

It will likely be easier to first find some articles on your issue. These should point you to the important legislation, policies, and parties related to your issue.

You will need to use 3+ articles which look at the conservation background of your issue.

JSTOR may seem like an unusual choice but has a lot of legal and wildlife related journals. You can use the "Browse" function to limit down to legal-related content.

Hopefully, some of your scientific articles will have referred to legal cases or court proceedings.

You can look them up in Lexis-Nexis or search for other related cases by topic.

You will be using at least 3 court documents for your project. While legal reviews don't count, they can be very valuable in learning more  about your issue.

When using GoogleScholar for legal research, remember to click Case Law as a results limiter. You can then narrow down by a specific court, if you wish.

To see subsequent and related cases, click the Cited By link under the relevant case law.

You will be using Chicago Author-Date as your citation style. However, you will be including these citations as footnotes rather than as references at the end.

Paraphrasing
When the author's name appears in the sentence, it does not need to be repeated in the citation.

Example:
Several studies have shown that "F. oxysporum isolates collected as nonpathogenic or pathogenic to other hosts that have very similar or identical elongation factor 1α and mitochondrial small subunit genotypes as banana pathogens were shown to cause little or no disease on banana" (O'Donnell 1998, 2044).

Journal article with multiple authors
Include all authors, regardless of number, in the References List.

Citations in predominantly legal works generally follow one of two guides: (1) The Bluebook: A Uniform System of Citation; or (2) the ALWD Guide to Legal Citation. Chicago recommends using one of these systems for citing legal and public documents.

14.276 Cases or court decisions
"Full case names in citations including the abbreviation v., are set in roman in notes; short forms in subsequent citations are italicized (as are full case names mentioned in textual sentences). Full citations include volume number, abbreviated name of the reporter(s), the ordinal series number of the reporter (if applicable), the abbreviated name of the court (if not indicated by the reporter) and the date together in parentheses, and other relevant information. A single page number designates the opening page of a decision; an additional number designates an actual page cited. In a shorted citation, at is used to cite a particular page; absence of at implies reference to the decision as a whole."

14.282 Laws and statues
"Bills of joint resolutions that have been signed into law - "public laws," or statues - are first published separately, as slip laws, and then collected in the annual bound volumes of the United States Statues at Large (abbreviated in legal style as "Stat."), where they are referred to as session laws. Later they are incorporated into the United States Code (U.S.C.). " 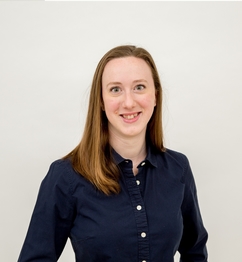